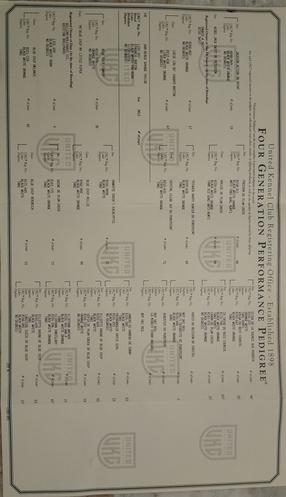 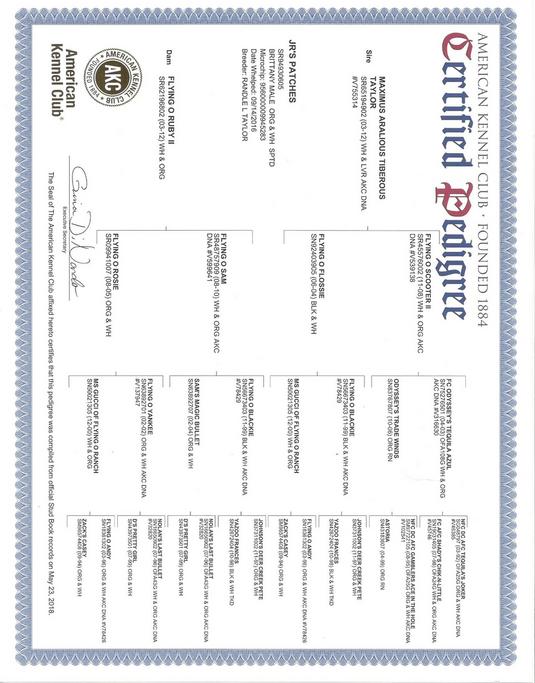 About The Brittany Spaniel - Epagneul Breton:

The name "Brittany" is taken from the Brittany region in northwestern France where the dog originated. The Images of orange and white Brittany-like dogs hunting and retrieving game were first seen on tapestries and paintings from the 17th century. The first written and verifiable record of Brittanys comes from a hunting description written by Reverend Davies in 1850. He described hunting with small "bobtailed" dogs who pointed and were excellent retrievers.

Brittanys are all-purpose sporting dogs. Known in the United Kingdom as an HPR breed (Hunt, point, and retrieve), they are expected to point and retrieve all birds and ground game up to and including hare. These unique qualities have given the Brittany more Dual Champions than any other AKC Sporting Breed, a landmark reached with the 500th in 2006.

Appearance:
The Brittany is typically quite athletic, compact, energetic, and solidly built without being heavy. Their heads are of average size with floppy ears, expressions usually of intelligence, vigour, and alertness, and gait elastic, long, and free.
Most Brittanys are born with naturally short tails, yet others are rarely born with long tails, which are docked to a length of 3–10 centimetres (1.2–3.9 in)

Brittanys are medium-sized dogs, French Brittanies AKC standards are  (17–20.5 inches (43–52 cm)), and females at the lower end. A properly constructed and healthy Brittany maintains a weight between 30–45 pounds (14–20 kg), depending upon height

Temperament:
The Brittany was originally bred as a hunting dog and noted for being easy to train and sweet-natured. The breed is generally more sensitive to correction than other hunters, and harsh corrections are often unnecessary. Brittanys can become very shy if not thoroughly socialized at a young age, and even among well-socialized dogs there is significant variation in levels of friendliness.
When well socialized, Brittanys are all around sound dogs, excelling as companions, family pets, field dogs. Eager to please and friendly, they generally learn quickly and are loyal and attached to their owners. They are energetic and need at least an hour of vigorous exercise every day, with many needing more than this. Some animals will be over-active or hyper-sensitive, but these problems are almost invariably due to lack of exercise and training, and are not characteristics of well cared-for dogs.

Health:
Brittanys are generally healthy and hardy dogs. The median lifespan for Brittanys in France is 12.6 years. A UK Kennel Club survey puts the breed's median lifespan at 12 years 11 months, with about 1 in 5 dogs dying of old age at an average of 14–15 years. Brittanys have no undercoat and need minimal grooming or bathing. 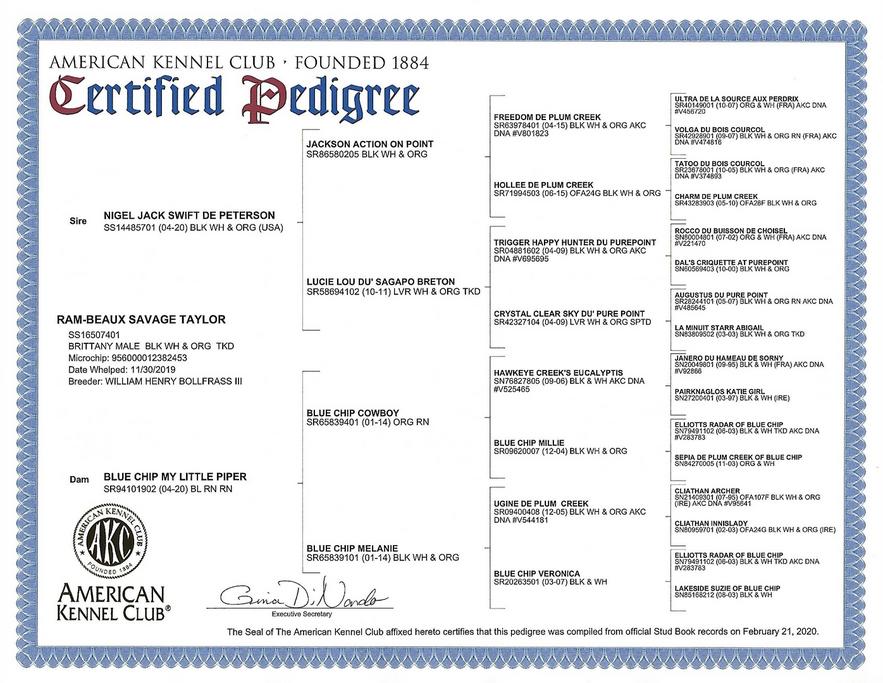 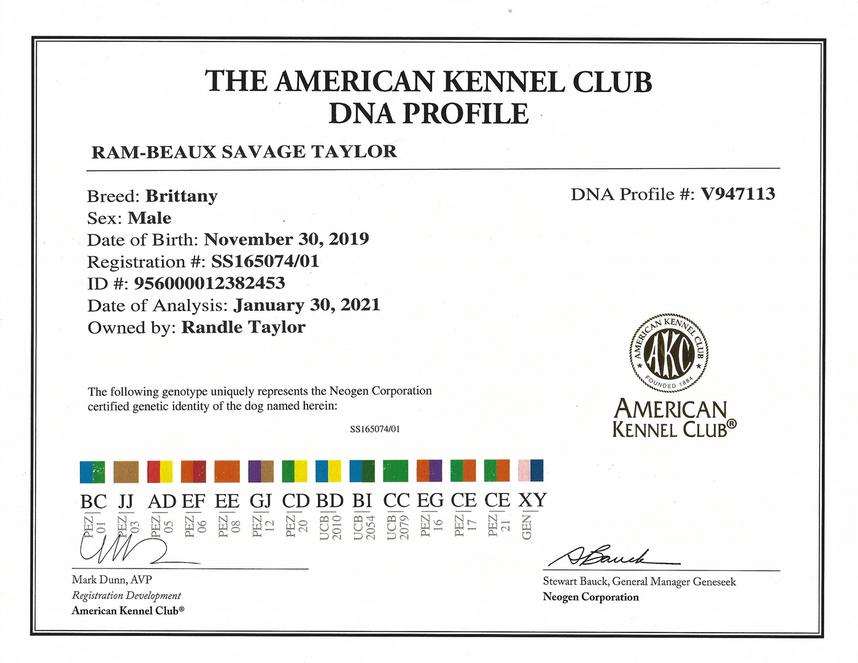